gciadmin2020-10-02T15:36:24-05:00
Investor Education
Volatility
First, a quick comment on volatility. During 2018, markets have been more volatile than we have seen for the past several years. This has understandably made many investors very nervous and given commentators a huge amount to write and talk about. However, we must put 2018 into context- for the last few years we have experienced very low volatility- far less than historically. The S&P 500 is up over 30% since the lows in 2016 and that gain has been achieved pretty much in a straight line.
2018 has been more of a return to the normal than an outlier. It has been the calm of the last few years that has been the outlier.
Rising Interest Rates
One of the biggest changes this year was that the Fed began to raise interest rates. Rising interest rates push bond yields up (the 10yr Treasury now yields 3%+ for the first time in a long while), effectively making bonds a genuinely investible asset again.
The impact of rising rates on equity markets has been two-fold: higher bond yields increase the required return on all assets, meaning investors aren’t willing to pay as high of premiums, and investors that have arguably been forced to hold equities for yield can, for the first time in many years, begin to rotate into the now higher-yielding bonds.
Such a rotation is not necessarily a cause of concern for us- don’t forget that we are focusing on those companies that we believe will grow their earnings over the next 5+ years. It’s those higher earnings that will drive stock performance over the long run, not the short-term money flows that we are seeing today. Marginal sellers of equities who are reinvesting into bonds will not have any impact on the long-term earnings our portfolio companies can generate, it will only influence their short-term share prices.
Concerns Over Corporate Debt Levels
There are a number of ‘worries’ for markets at the moment: trade war, tariffs, Italy, Brexit, equity valuations, etc. Whilst some of these are somewhat superficial, arguably the most tangible is the high level of indebtedness that currently exists within US companies. In the environment of low interest rates for many years, corporate debt levels have expanded to all- time highs. This is corporate debt as a percentage of GDP:

This is a scary chart on the surface, but we must remember that debt has also been historically cheap for many years now. It follows that a financially rational management team would have taken advantage of cheap financing to enable investment and growth. So, the fact that we are at historically high debt levels is somewhat understandable and is therefore no cause for alarm in of itself.
Side note: when used correctly debt is a wonderfully powerful tool for us as equity investors. One of the easiest ways for a company to improve its returns on equity is by increasing its leverage. Done correctly, this can be hugely beneficial for long term returns. The key is that cash raised through debt must be invested in return producing assets.
There are two main issues however:
GE is arguably the poster child for this second concern right now, as they are encumbered with far too much debt which is becoming ever costlier to refinance. GE is a great example of an American bellwether, a household name, that has gotten itself into trouble by overly bingeing on cheap debt. It’s a great example of how even the big and mighty can stumble and fall.
Many are currently writing about the implications of GE’s situation for the rest of the market. It is true that due to GE’s size that if its debt were to be downgraded, there would be a genuine impact on bond indices, and investors shouldn’t ignore this high-profile warning, since behind GE there are likely thousands of smaller so called ‘zombie’ companies that have survived for the last few years on cheap debt, and will not be able to do so in the future. There will likely be many companies who cease to exist over the next five years.
But is this a concern for our portfolio? Or for the broader market in general? To answer this question, one must analyze the balance sheets of both the market (we have used the S&P 500 as the proxy) and that of our own portfolio.
We know why debt levels are so high, but is it a problem? What about cash balances- aren’t they also at all time high levels?
Many people are using high corporate cash balances as a defense for high debt levels. In some respects, this is true- but we need to be very careful with this statistic, because when you look closer it becomes clear that the market’s cash balance is concentrated in a small number of companies.
Side note: all the cash and debt figures below are for the S&P 500 excluding financials. One quick thought on this- it might be a logical concern to raise about why we would exclude financials, considering how much of an issue they caused during the 2018 crisis. However, bank accounting skews the overall cash/debt numbers and muddles the overall picture. Also, due to increased capital requirements, banks and financials in general sit in much safer positions now than they did in the past and are unlikely going to be the epicenter of where rising rates are felt most painfully- in fact banks typically tend to benefit from a rising rate environment, since they are able to earn more on the spread between what they borrow and loan at.
When analyzing the S&P 500 index to understand its debt and cash situation, there are a few interesting points to note:
Debt:
However, looking at absolute debt levels is not necessarily helpful- what about the cash balances? For example, if companies carry $1bn of debt, but also carry $1bn of cash, they aren’t really at risk of insolvency.
Cash:
Looking at cash, we find that the situation is even more concentrated than debt…
Such concentrations in both debt and cash figures means that market and index level data is distorted- which is why we must assess each investment on a company by company basis.
Alongside the absolute level of debt and cash, arguably the most important consideration when determining the financial risk of debt on a balance sheet is the serviceability of debt- i.e. how easily can a company pay the interest due on the debt it carries. The most common metric to ascertain how easily a company can pay its debt is Net Debt to EBITDA. This is calculated as follows:

EBITDA is a reasonable proxy for a company’s earnings during a year, as it is notably before non- cash charges such as depreciation and amortization. It is also before debt interest costs have been taken out, so it effectively shows how the earnings a company has available which could theoretically be used to service debt.
This calculation provides a single number. For example, if a company has a ND/ EBITDA of 2, that tells us that the company is carrying twice as much debt as it earns in EBITDA in a single year. 2x is not a hugely concerning number, unless that company is in a very cyclical industry where earnings can vary a huge amount. For those companies in very stable industries, they can comfortably have a much higher ND/ EBITDA ratios. Here is the S&P 500, grouped by sector and ranked by leverage (ND/ EBITDA): 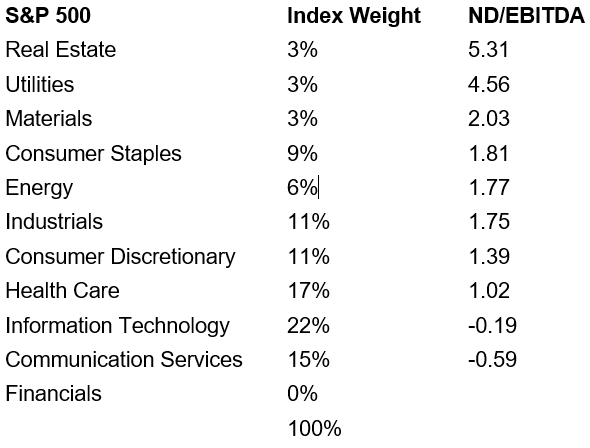 What this shows us is that the most levered sectors are Real Estate and Utilities- this is logical as these companies typically have much more secure revenue streams and can therefore afford to take on more financial leverage.
Unsurprisingly, given the concentration of cash balances, both Technology and Communication Services are both net cash (i.e. they have less debt than they do cash).
However, the numbers above are very misleading. It is essential to focus on the individual companies rather than relying on index level or sector level numbers, which hide a huge number of sins. This is why investing at an index level is inherently risky. If you took the S&P as a whole, the overall weighted leverage is not much more than 1x, which doesn’t seem bad at all, but within that there are all sorts of risks. For example, within that number you have many companies like Ford carrying 9x leverage, whilst in contrast, you have companies like Facebook and Alphabet which have 3 years worth of EBITDA sitting on their books in cash.
Such huge disparities are why we believe it is better to take a single stock, fundamentally driven approach to investing. We cannot rely on the aggregated numbers to give us confidence- we need to analyze each company individually to understand the risks. For some companies, the leverage risks are substantial: 5% of the S&P 500 is carrying a leverage ratio over 5x and there are 24 companies that carry a leverage ratio greater than 6x.
As you know, we invest in a focused portfolio of around 30 individual stocks. An analysis of our portfolio using the same methodology as above looks as follows: 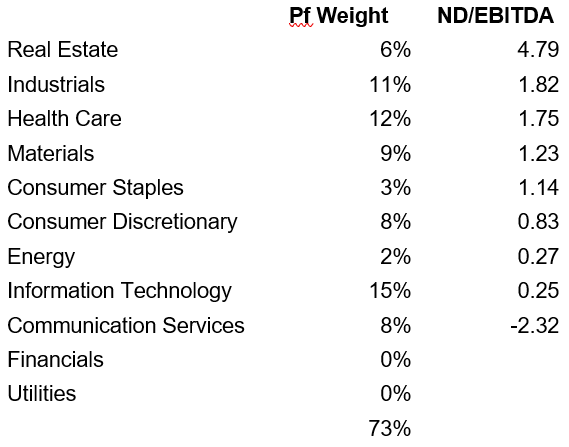 There are a few things to note here:
We have carried out extensive due diligence on the companies that we own and are confident that they are carrying appropriate levels of debt and can continue to service their debt levels even as interest rates continue to rise. There will be many companies within the index for whom the same cannot be said.
Conclusion
Rising debt costs are a concern for the market, and investors should be aware of how financially levered the companies they own are. Can these companies continue to carry such a high debt burden when they must refinance at higher and higher rates?
Many companies, management teams, and investors have become complacent about debt costs, having gotten used to an environment of historically low interest rates for many years now. Many companies carry far too much financial leverage, into what will likely be a slowly growing world economy. This has been fine whilst interest rates remained at all-time lows, but there are many who will struggle to find the cash required to service their debt loads once they begin having to refinance at higher and higher rates. This is a concern for many investors, particularly those invested in index tracking products who automatically have exposure to the lowest quality, highest risk end of the investing spectrum.
Our focused due diligence should help us avoid any such issues and ensure our portfolio produces robust long-term performance, regardless of the path of interest rates.
If you made it this far, thank you for reading, and we hope you have a happy thanksgiving! 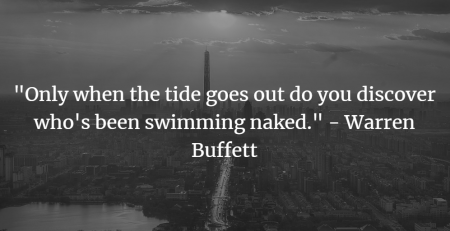 Back in August, we wrote about how standard accounting treatment of... read more 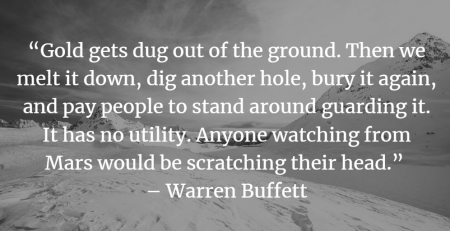 Investing vs Speculating: A Gold Story

Gold is in the news again, having soared 34% to record... read more 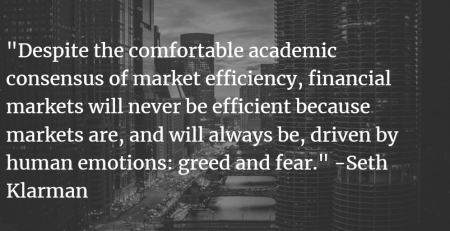 There has been an explosion in passive investing strategies over the... read more 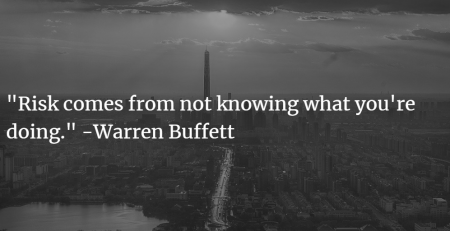 As you know, we run an active, concentrated portfolio. We believe... read more