Our last article, Indexing, Benchmarking, and the Problems Therein, generated a lot of positive feedback so we have taken the time to deepen the discussion further.

As a quick refresher – Benchmarks and the Indices they are derived from are typically used by firms such as ours to provide some element of performance comparison and context to clients – a yardstick to measure performance against.

For example, we often cite our performance relative to the S&P 500- the most widely recognized and followed US Equity Index. Other managers may cite their performance relative to the Dow Jones Industrial Average, the Russell 2000, or any number of other customized Indices of their choice. This is important to understand because some managers will actively select the benchmark that makes them look best in hindsight, or subsequently move their yardsticks over time.

Selecting a reasonable yardstick against which to measure us or any investment firm is of course important. You will notice we quote the S&P 500 on our factsheets and quarterly reports. We use the S&P 500 simply because it is the most recognized and widely followed US equity yardstick, despite its flaws. We by no means compare our portfolio to it (this is becoming increasingly more risky- as we will discuss), but it is included merely as a reference tool. We spend no time thinking about it, analyzing it or worrying about its constituents. Indeed, even as a representation of our investable opportunity set it is arguably a poor one- we are not constrained to just the 500 largest listed US companies when we invest.

Within the US market, the Dow Jones Industrial Average sits as the other most commonly quoted/ referenced index. Let’s take a minute to look at them both:

‘The Dow’ is one of the oldest and most often cited indices. Given that fact, it is somewhat bizarre that it is also completely useless as a benchmark and therefore should be largely ignored by anyone interested in understanding markets.

The reason lies in how the Dow is constructed. The Dow is a manually selected index of 30 companies, constructed by a committee. Despite the inherent biases and conflicts of interests with such a subjective decision making process, that isn’t even the biggest problem with the Dow. The main issue is that the Dow is it is a price weighted index.

What this means is that a stock with a share price of $1000 will have ten times more weight in the index than a stock with a share price of $100. This means that a company’s weight in the index is driven by how many shares that company decides to issue- not by anything related to actual company size. For example, a small company with only a few shares outstanding will have a larger share price and therefore index impact than a huge company with many shares outstanding. It seems clearly obvious to us that the stock price in isolation tells you absolutely nothing about the size or value of the company.

For a real-life example of how misleading this approach is, when Apple underwent a stock split of 4 for 1 in 2020, the real size of the business was unchanged but Apple’s weight in the Dow dropped by 75% instantly with the new lower share price. Was Apple suddenly 75% less important or influential as a company? In real terms it was exactly the same company as it was the day before.

Compared to the Dow, the S&P 500 is arguably a much better index. It is composed of the 500 largest companies in the US market, weighted by market capitalization (market cap). This index represents the vast majority of passive assets under management and is the most commonly quoted or used as a comparator. That said, it still suffers from significant drawbacks.

This makes far more sense than a price weighted index – market cap as a measure incorporates not just share price but also how many shares are in issue, and therefore represents actual traded size of the company. That said there is still an issue with market capitalization that we have raised many times. In the short run, market capitalization does not represent real business value, it just represents how popular a company is with investors at any given time.

This is a significant issue, and one often overlooked. You have probably seen many comments about the ‘S&P trading at all time highs’, ‘S&P multiples at record levels’, etc. All these comments are arguably meaningless because of the simple fact that the S&P 500 is not comparable across time.

The S&P 500 changes constantly. Just 10 years ago, the S&P 500 was over 13% Energy, today it is less than 2% Energy. Over the same period Technology has doubled from 18% to around 40% (we include “Communication services” – which is also Technology). It is for this simple reason that whatever valuation methodology you choose to use as a yardstick (PE, Cyclically Adjusted PE etc etc), the S&P simply cannot be compared across time periods. While sector neutral versions of the index may come closer, they still fall down as the constituents of each sector also continually change.

It is the combination of the two factors above that creates the most significant issue with the S&P 500 as a benchmark: its exposure to riskier assets increases at the exact worse time; periods of irrational exuberance.

Because it is based on market capitalization (popularity), with the weights and components changing over time – at points of extreme market euphoria – bubbles and market tops – the index becomes dominated by the most expensive, the most heavily bought, and the most popular stocks (regardless of their underlying fundamentals).  At times like this, investors will without fail produce far better long term returns by avoiding exposure to these market bubbles and allocating capital more prudently to avoid risking huge losses simply to chase increasingly risky gains. which inevitably end in market crashes.

Given the performance of the S&P 500 over the last few years, and the dominance of high valuation (and therefore often low future return) stocks and ‘fad’ stocks (think Tesla or GameStop), we would argue that the S&P 500 today represents a much riskier proposition than it did even a few years ago.

In contrast, we pride ourselves on being rational, prudent investors with a firm eye on underlying business value- which naturally steers us away from these pockets of exuberance. As a result, we find our portfolio is increasingly different from the S&P 500- largely by being less geared towards the companies that are responsible for much of the recent run up in the market. This means that our performance will deviate further and further from that of the S&P 500 on a short-term basis.  This is a situation we are entirely comfortable with. Not tracking an index that is heavily influenced by overvalued companies offering the prospect of poor long-term returns is of little consequence to us- we remain focused on consistent long term wealth creation.

After all, that is what we optimize our portfolio for – maximizing long-term risk adjusted returns. As we have in the past- we fully expect to continue to outperform the S&P 500 over the long run, which ultimately means being prepared to underperform the S&P 500 in the short run. If the S&P 500 continues its endless march upward, without the fundamentals of the underlying companies keeping pace to support it, 2021 could very well be one of those years we underperform.

As a result, the best thing to focus on (as always) is the long term results we can generate. Short term fluctuations around an arbitrary and increasingly risky ‘index’ are of little help in understanding the long-term wealth creation we are able to generate. That long term wealth creation will be almost entirely driven by the earnings that are produced by our portfolio companies- something in which we can have significant confidence regardless of what the market does. 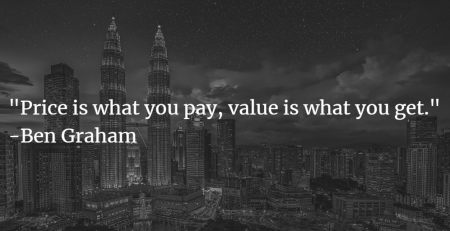 What drives stock prices? At times like this, this question is... read more 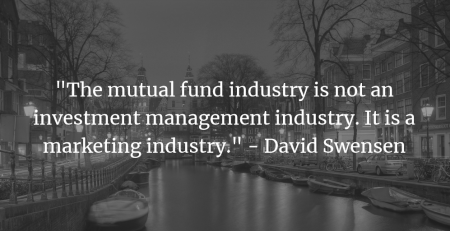 In our previous article, we made the case for why active... read more 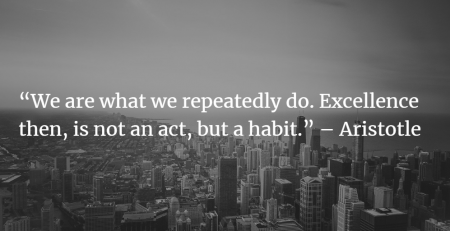 Over the past decade, a new sub-industry has developed within the... read more 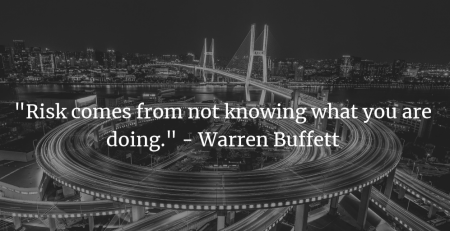